It’s not everyday you get invited to a tasting event hosted in a three floor suite that books for $30,000 a night but hey, when in Rome, amiright? 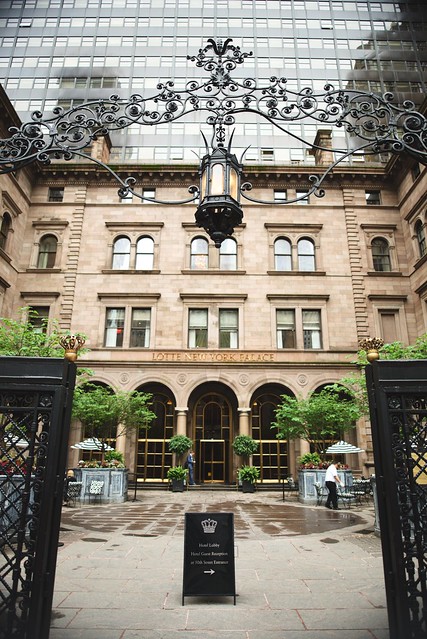 I know that from a marketing perspective, going all out in ridiculous ways to show off your brand is definitely a way to make memorable experiences (and this was VERY memorable) but what made it the most remarkable to me was the ability to sit down with Balvenie’s new blender Kelsey McKechnie. (That’s Mih-KECK-nee.) 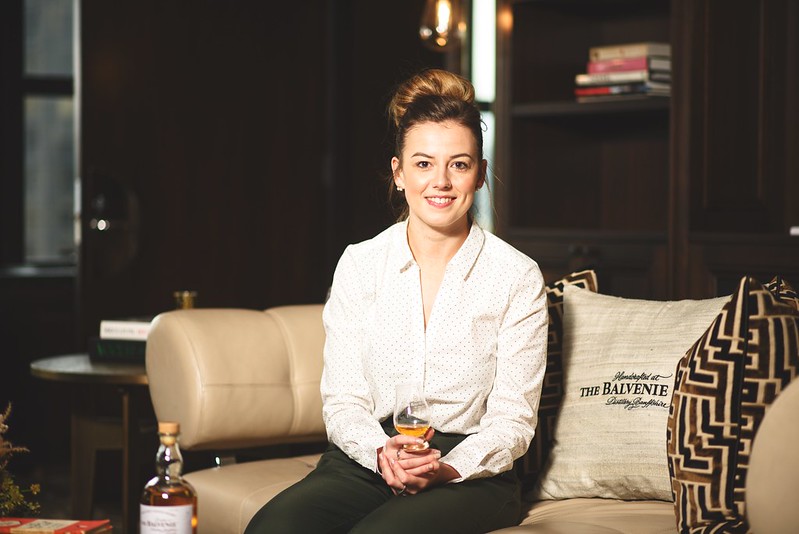 I snapped the above picture of her in the living room of the second floor of this three floor suite. As you can see, there’s a throw pillow that has been customized with Balvenie’s logo but I had no idea how much effort was poured into creating this space until I broke out my camera.

Kelsey is ridiculously pleasant. Her responsibilities include blending all day (by sampling whiskies), asking “silly” questions of her mentor David C Stewart, MBE, and fooling me into believing that Monkey Shoulder is made of Glenfiddich, Kinninvie, and Balvenie… which it used to be but since no one noticed the proprietary blend now used, you can thank Kelsey’s killer palate. 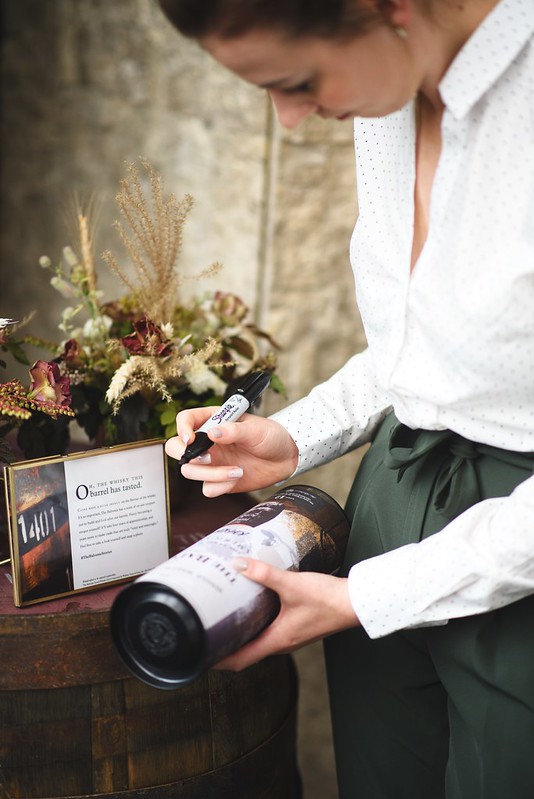 I brought the tin from my Balvenie 12 American Oak bottle to have her sign it because I know if she’s studying to take DCSMBE’s place, she must be a giant whisky nerd. The kind of enthusiast that goes beyond getting excited about a bottle. The kind of person in the whisky industry that can speak eloquently about new make yields based on different strains of barley. The kind of person who’s ready and willing to answer questions about the direction of the distillery and exudes excitement for the future experiments with the variables that make whisky so versatile. And she is!

I could go on about how amazing she is but I’m sure you’ll get to see that over time as she grows as a blender and develops her own unique expressions for the Balvenie. She may not be a Star Wars fan but she certainly pulls notes from the whiskies we’re sipping like a beast! 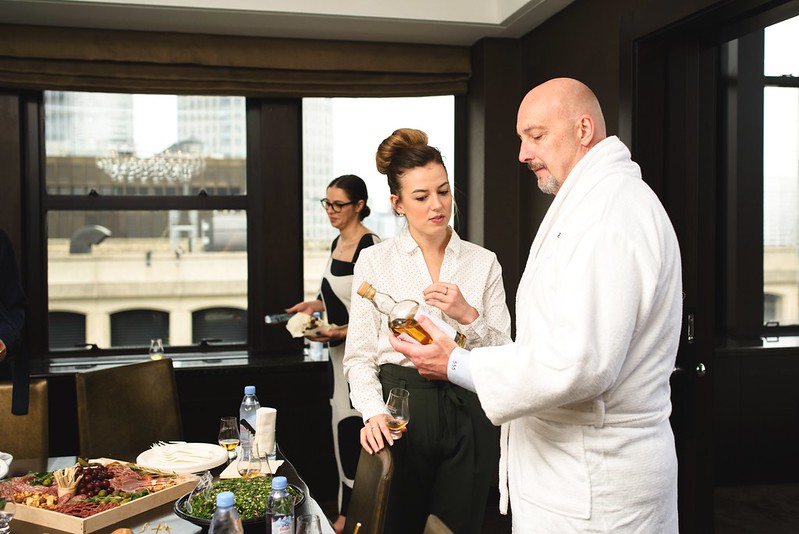 Okay. Enough about the real reason why I said yes to a last minute invite to try the Balvenie stories lineup. Wait. Have I mentioned that yet? 😀  The reason Balvenie rented this incredible space was to launch (read: show off) their three newest releases. The 12 American Oak and 14 Week of Peat will both be core offerings from Balvenie this point forward. (They should be 60 and 100 usd respectively). The third offering is a one off and will be as limited a release as can be. France is only getting 64 bottles in total. I’m not sure why France’s consumption is relevant but I’m just repeating what I was told lol. 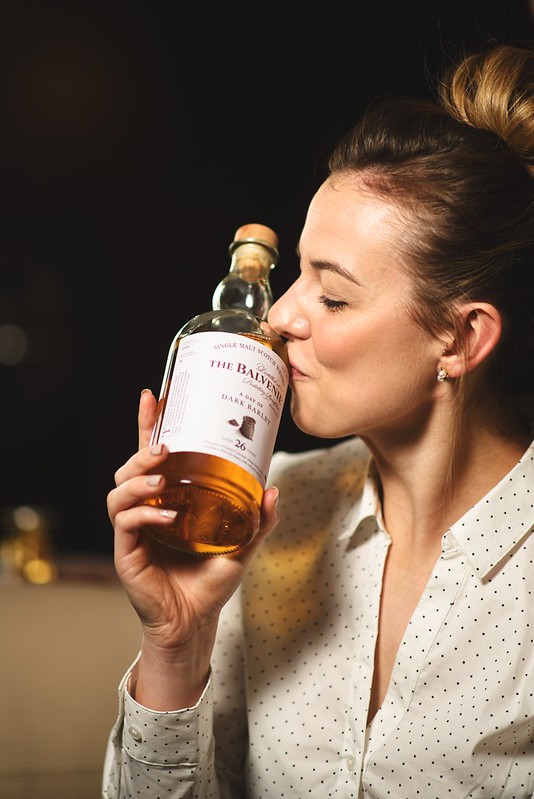 Is the 26 year Day of Dark Barley. It’s essentially the rest of the 14 Roasted Barley from back in the day that was moved to ExBourbon barrels and revealed 12 years later to be a formidable dram. It’s SRP is wild (799 usd) but I’ve heard rumors that it will be found for a bit less than that. I can’t say who said that but I trust that person and hope they’re right.

I did a mini review on my Instagram stories about the Dark Barley specifically because I went to NYC hoping I’d hate it. With it’s price point, I figured there’s no way it could actually be as good as the price implies. I was pleasantly (not to my wallet) surprised. On the palate it started with a fruit sugar compote type jam that opened up to notes of coffee and a gallon of cocoa powder being spilled on your head. The finish was absolutely vibrant and alive in a way that isn’t typical for Balvenie. Not for their core range anyway… 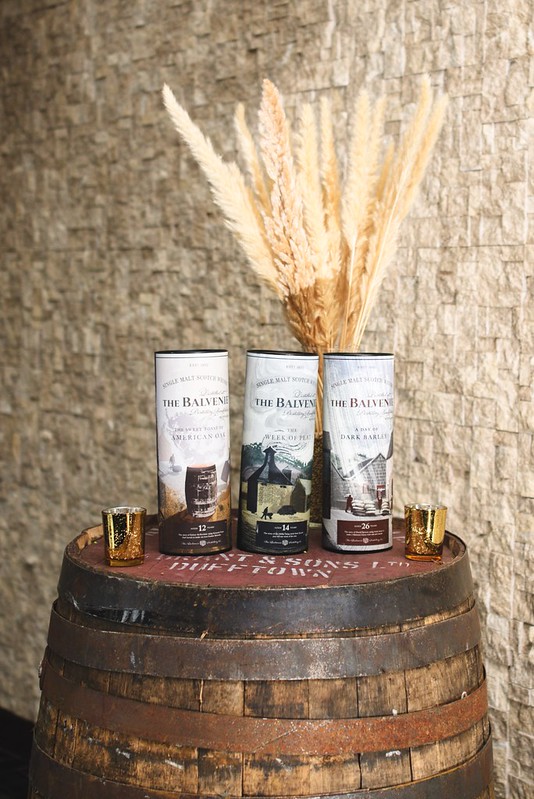 As blown away as I was by the dark barley, I was just as blown away by the venue so let’s do a quick walk through before my sleep deprived brain forgets!

The picture above is the first thing you see when you walk through the door to suite 5311 of the Lotte Palace. The second thing you see? 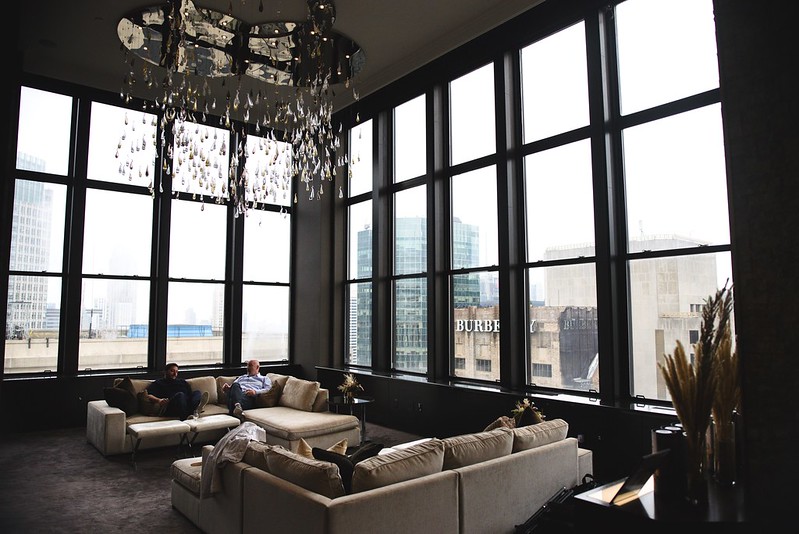 A vaulted ceiling living room with handblown glass art piece on the ceiling. Outside you can see the Burberry building and to the left, from the middle of the room, the Chrysler building can be seen tucked between a few other sky scrapers.

Further to your left, the two story tall wallpaper drenched in the artwork of Andy Lovell can be seen. He’s the same artist that designed the artwork for the three new whisky tubes and bottles. 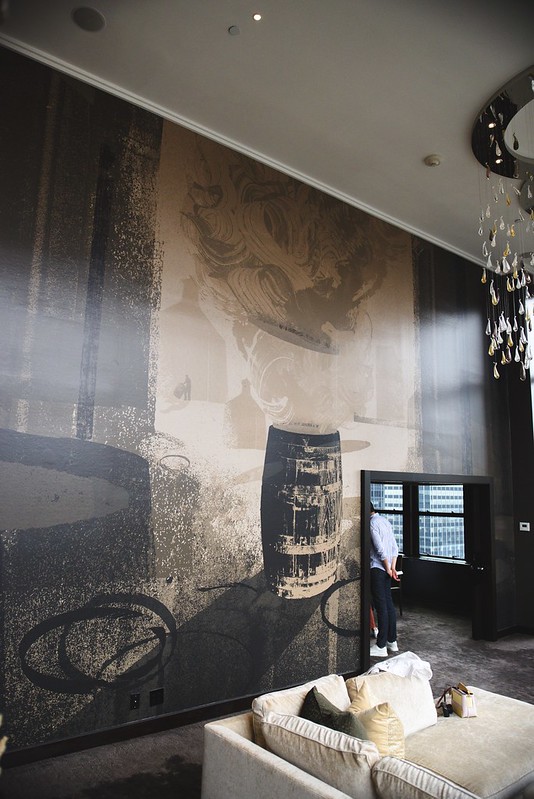 It’s a lot to take in all at once. Walking across the “living room”, the view towards the entrance is just as gorgeous. 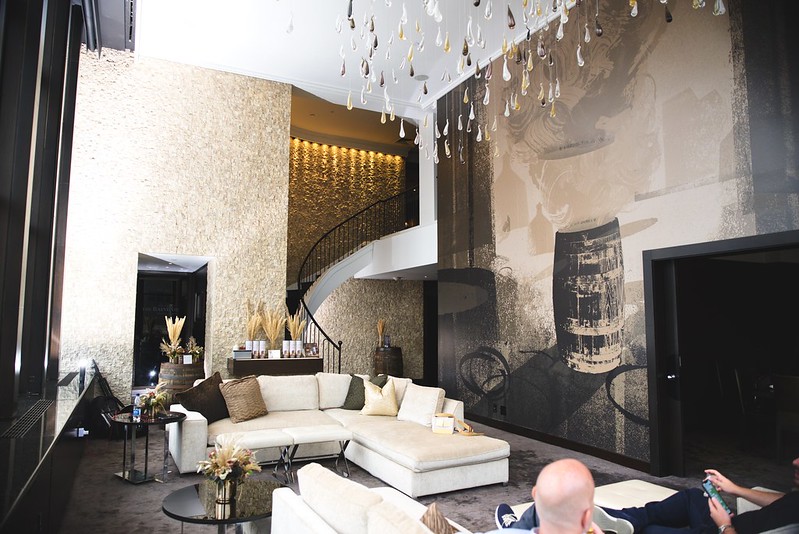 The small details of the Balvenie logo being vinyled onto the black glass wall in the wine storage space to the left, the oil diffusers pumping out the most pleasant smells, the barley and packaging on the counter near the barrel that contains a balvenie story, everything added up to something incredible.

Before I even move to the second or third floor, let me explain why JP Bourbon is in a bathrobe lol. Upon entering the space (and putting down my photo bag), I was greeted by a Balvenie liason who quickly escorted me over to a young lady who was hand embroidering bath robes. 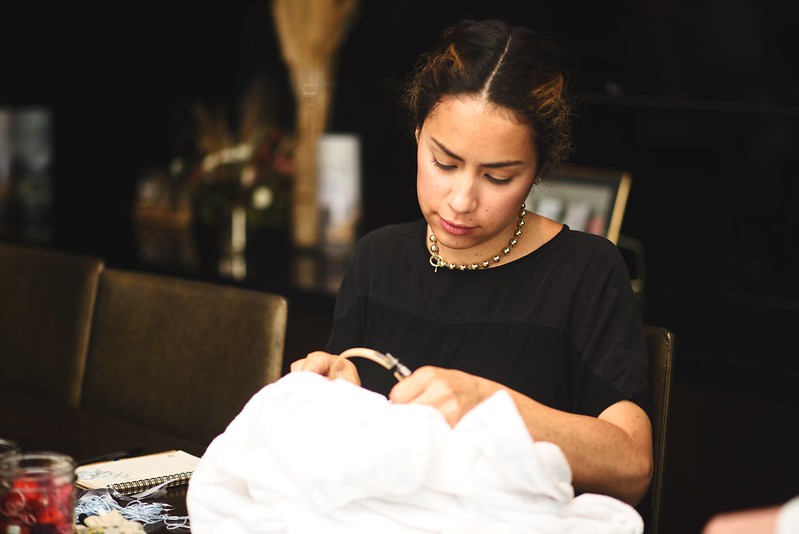 And not 20 minutes later did I have a bathrobe with “ScotchNSniff” embroidered on it, in my hands. Bonkers. I had come to NYC to get the scoop on the new blender in town and left with a bespoke bathrobe. #Wild 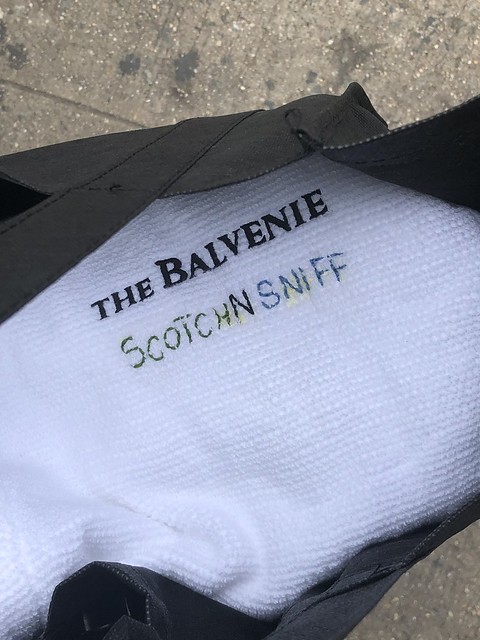 (sorry for the iPhone pic of the robe. I want to take some legitimate pictures of it soon!)

Oh, and the food was good 😉 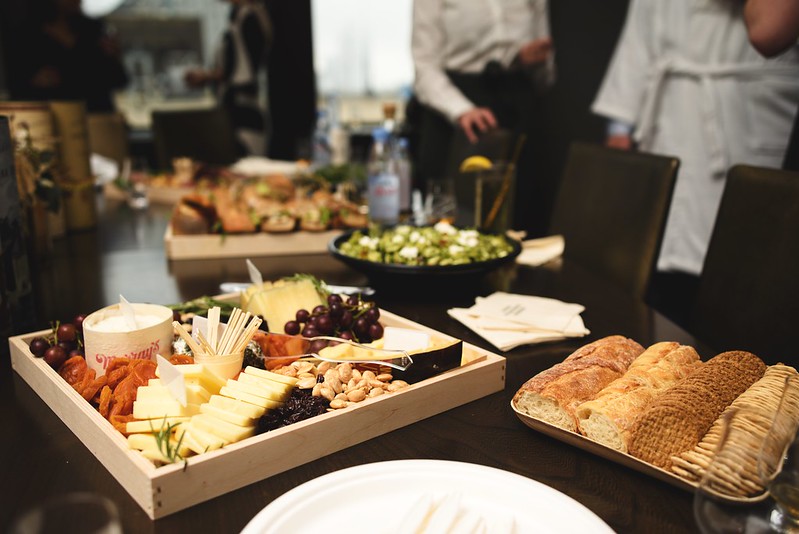 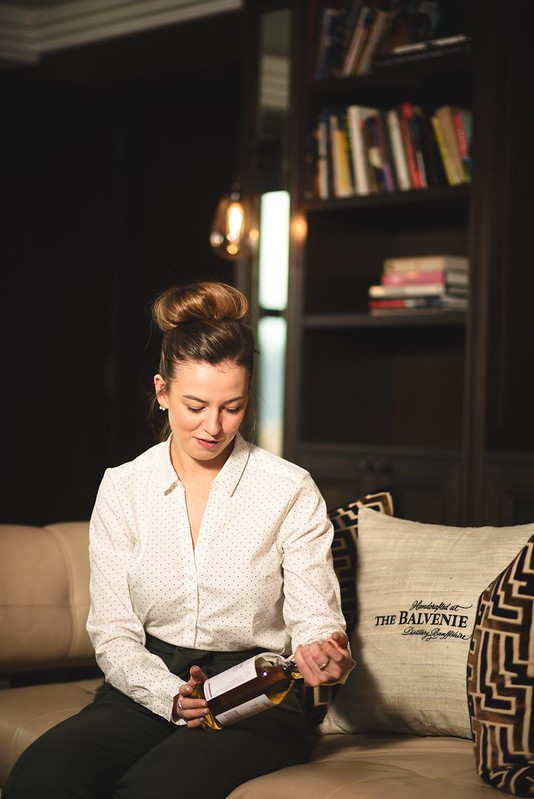 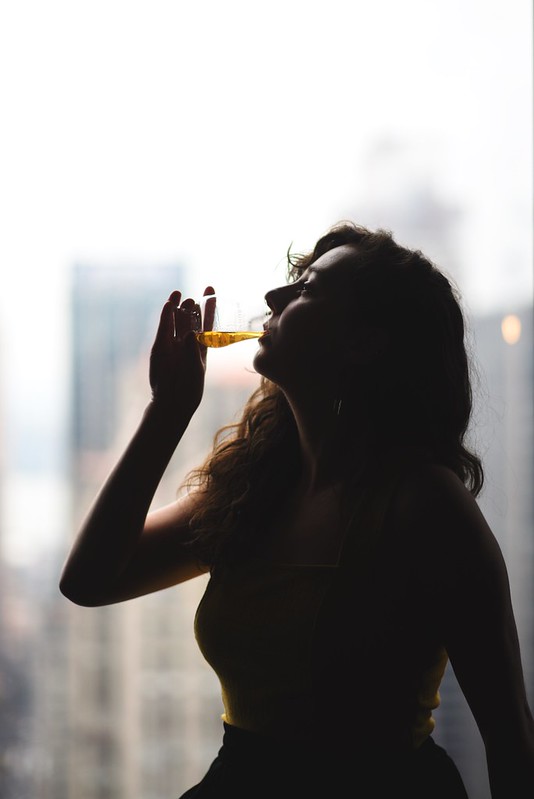 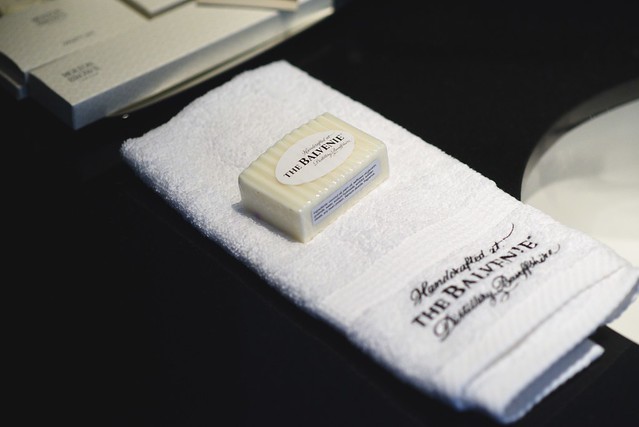 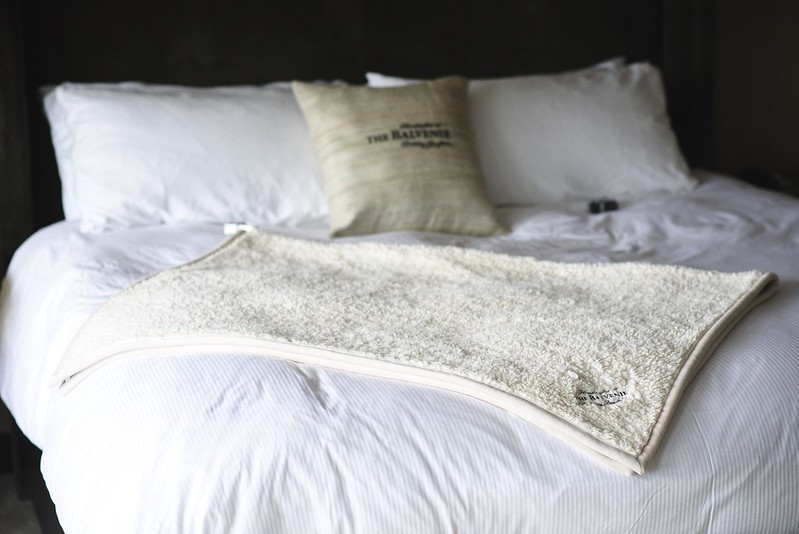 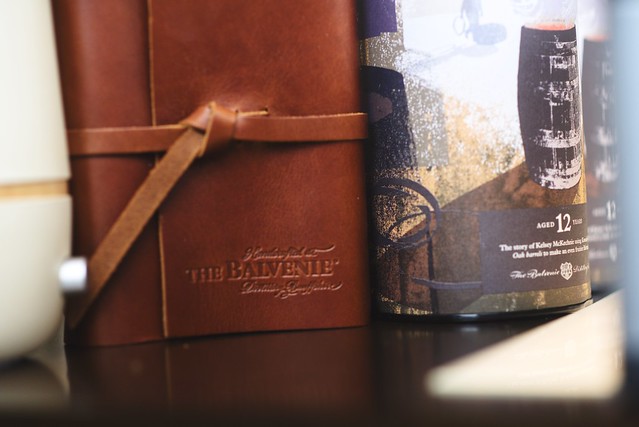 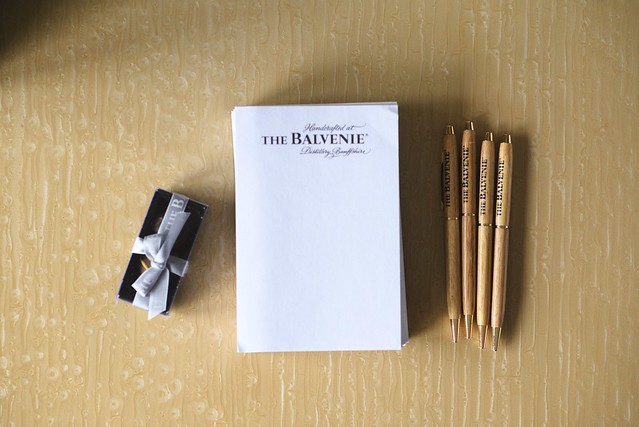 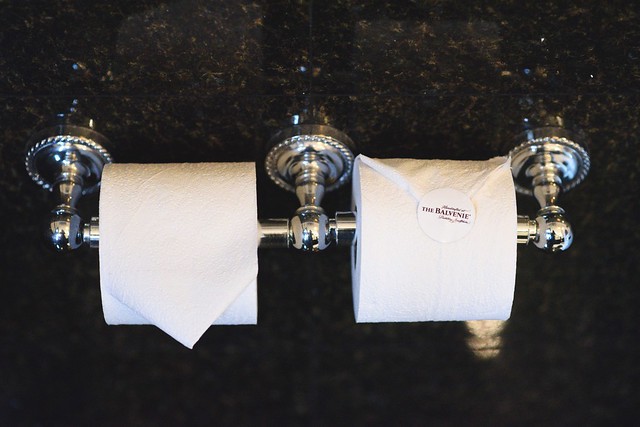 Absolutely impeccable attention to details. It was overwhelming as I started to notice all of the “easter eggs” appearing in plain sight.

I’m sad I didn’t take any pictures of the elevator on the second floor but it takes you to the third floor where you step out into a third living room and more importantly… the roof. Complete with hot tub and killer view. 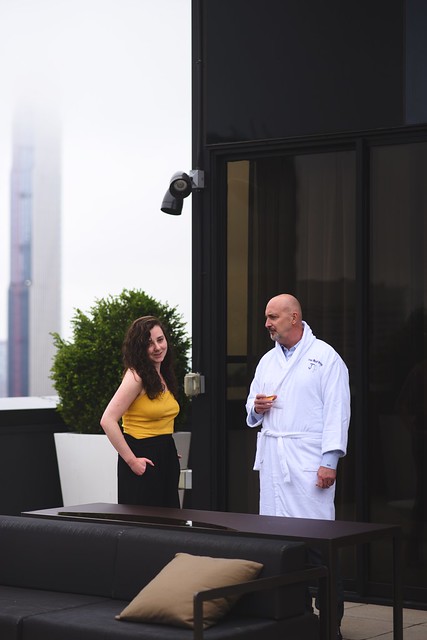 Naomi and JP Bourbon exchanging stories on the rooftop. 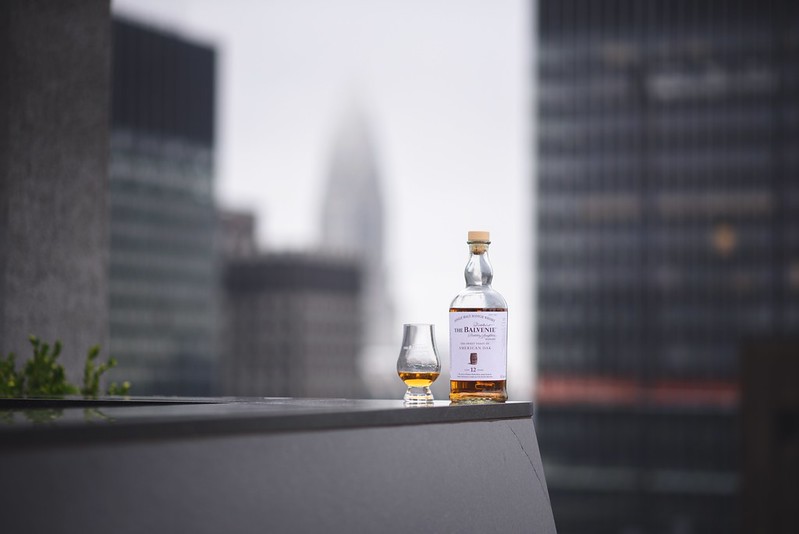 The new Balvenie 12 American Oak on the edge of a hot tub with the Chrysler building in the background.

I can’t speak highly enough about the experience. It was weird to have such a decadent experience coming from Balvenie as opposed to Macallan or Glenmorangie as they tend to be very intentional about the luxuriousness of their brand. Balvenie has always felt more like home and I hope crazy launch events like this aren’t they only type of event they continue to use to share their whisky with the world. That’s not to say I’m not eternally grateful for this experience but I don’t want them to forget why I fell in love with them in the first place… their nice ambassadors and honey drenched whisky notes.

P.S. Here are a few more images for fun lol 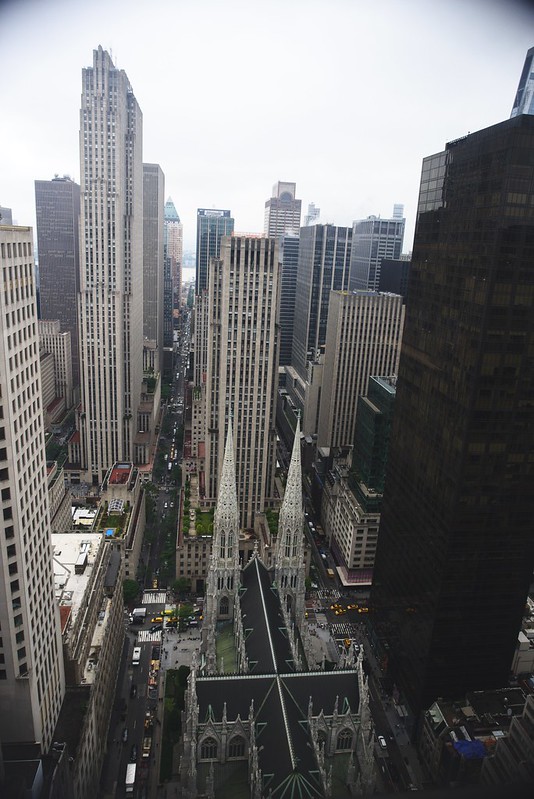 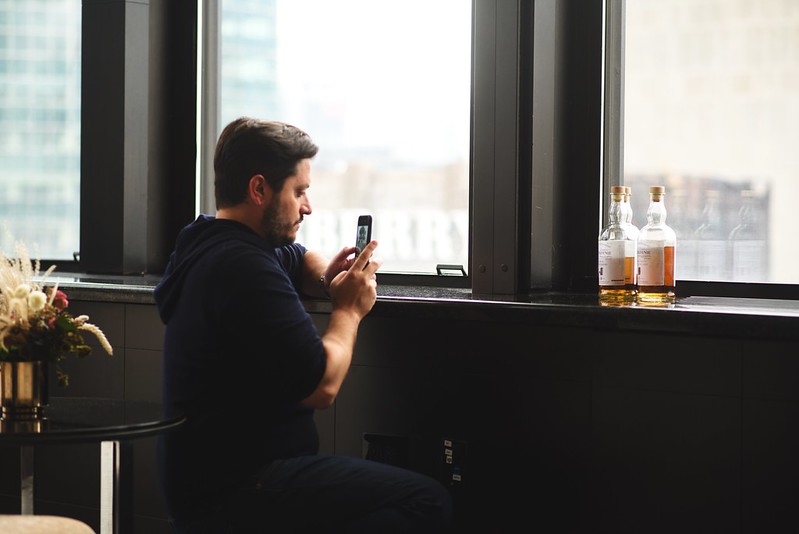 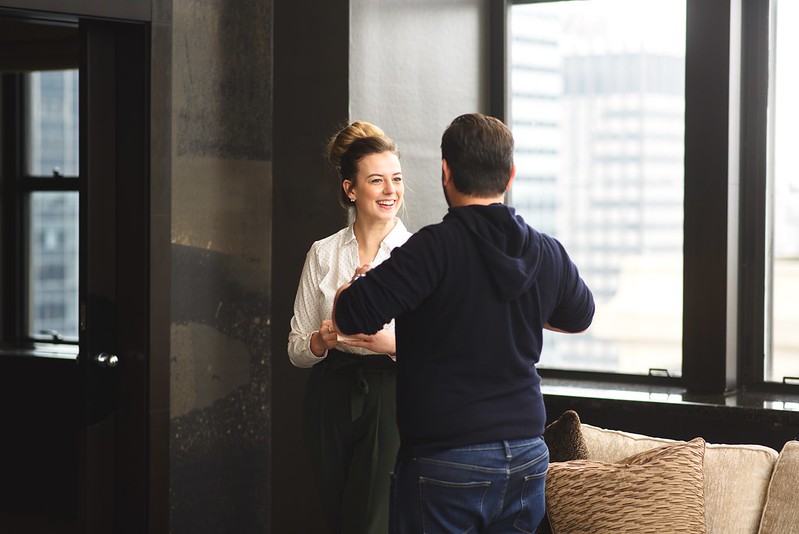 Kelsey answering ALL of the questions 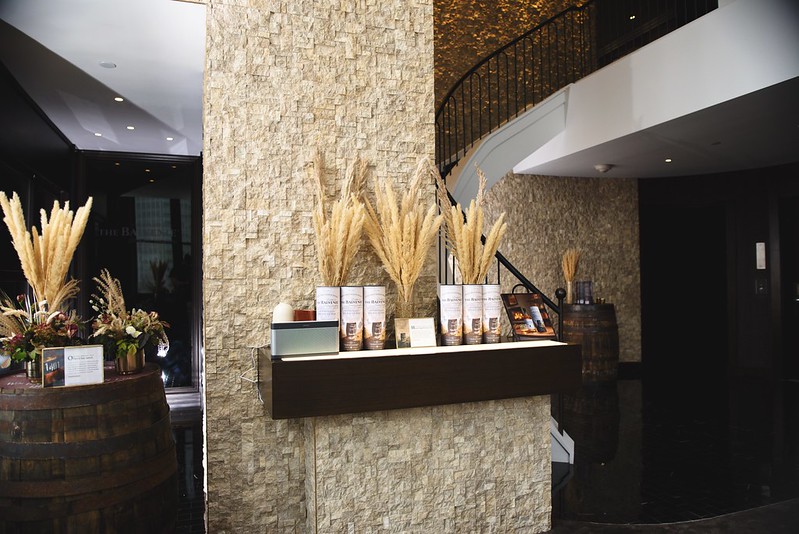 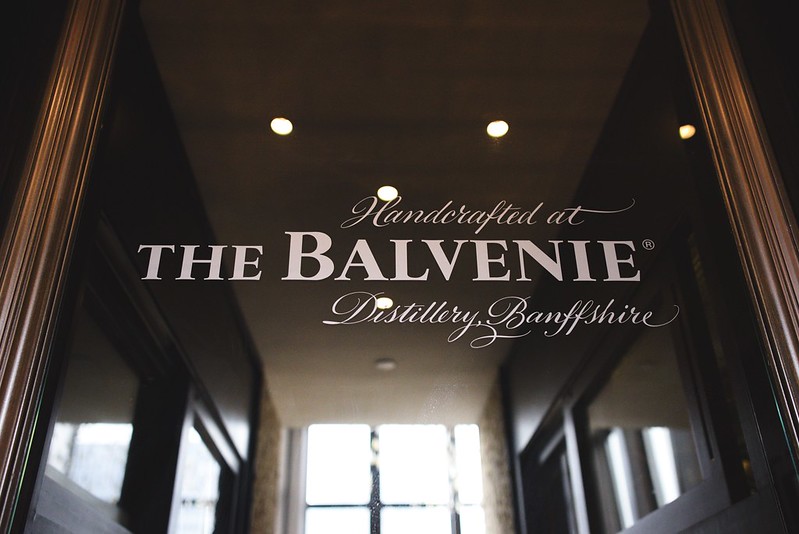