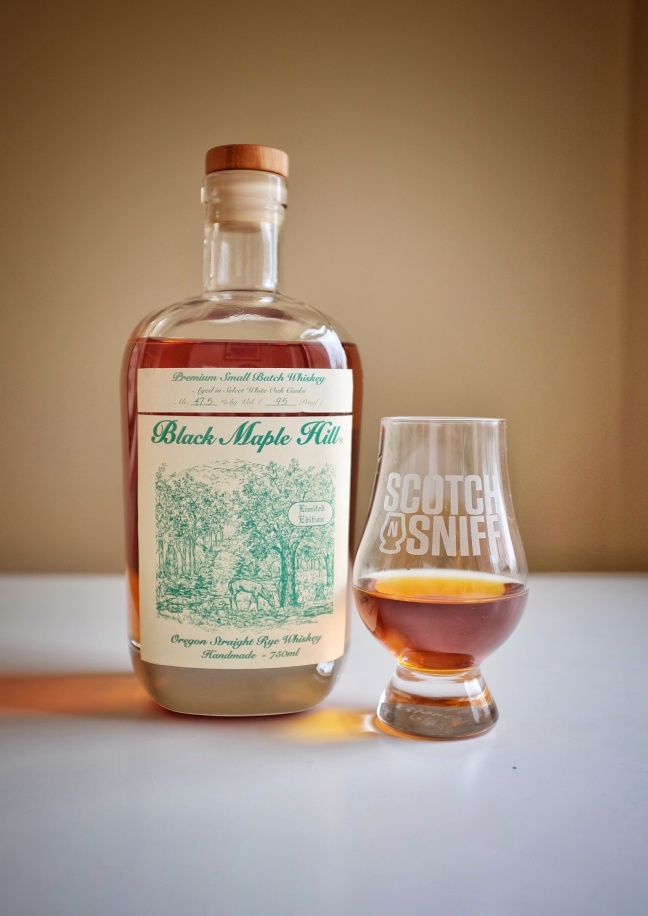 This new Black Maple Hill is no longer produced from Kentucky. The current BMH is produced from a company called the Stein Distillery out of Joseph, Oregon. We’re still looking for a bottle of the Kentucky variety to compare, but until then, on with the review!!

C: An old brown couch color, with an alarming amount of sediment in the bottle. Looks a lot like lint floating around a brown pool of water.
N: I like the nose. A mixture of amaretto, dried dates from a fruit cake, slight red licorice and sweet cocoa/nutmeg powder. The oak is gentle but looming in the background. There aren’t any rye bread flavors really coming to the forefront yet though.
P: The palate has a nice bit of baking spices coming through, followed by wafts of heat from the alcohol, which is actually enjoyable. The spice waves that you get from a really spicy chili. You love the spice now, but you’ll hate it later. Though the whiskey feels thin on the tongue, the spices are rich and full and add to the enjoyment of this dram. Sweet dates and almond skin flavors are dancing around my mouth, all seasoned with freshly grated cinnamon and dry cocoa. A slight oak spice carries all of these flavors right down into my belly. The palate is far more appealing than the nose. Upon second sip, a resinous, sappy flavor masks some of the more enjoyable characteristics of the first sip but fade into the background and it’s tasty again.
F: The finish is a bit oaky and lengthens with every exhale. The sides of my mouth feel like they have cinnamon caught in all the nooks and crannies. It’s a good finish and one that would work excellently in a cocktail. 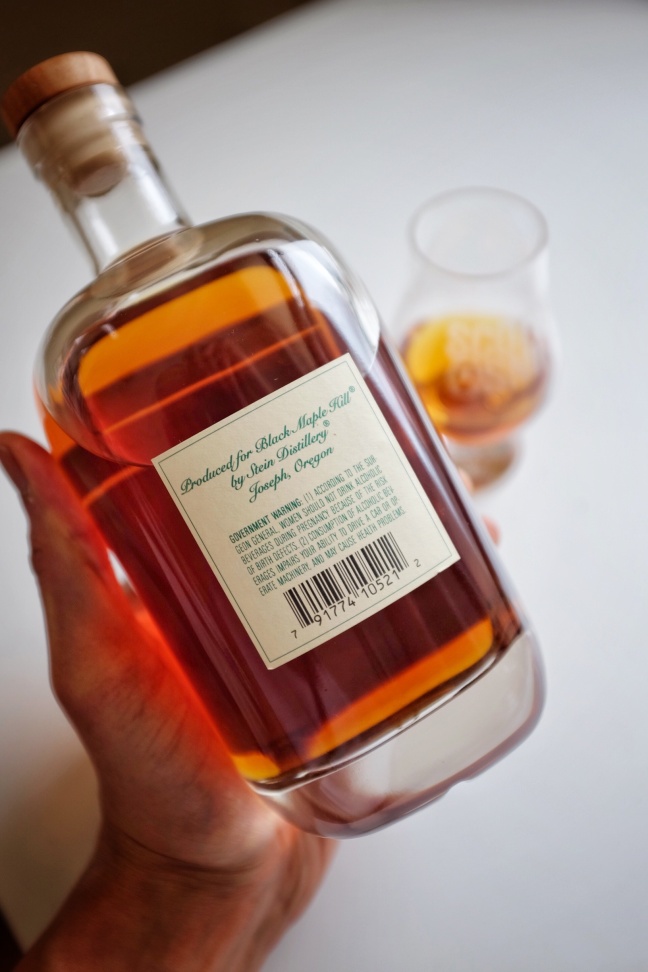 You could drink this one neat and really enjoy it, but I feel like the finish of this rye and the punchy baking spice entrance could be used in an awesome cocktail as a supporting character. I’ve said it once and I’ll say it again, my go to rye, for now, would have to be Michters Barrel Strength Rye, it’s just awesome in comparison.
Scotch. Out.