Annnnndddddd BACK from Scotland! For the second time, I’m sitting at home unpacking my luggage and reminiscing about all of the memories that were just created. From the distillery visits to the friends made to the whiskies shared to the haggis devoured, Scotland was an incredible (but short) time! Luckily, this time around, I ended up taking a drone to Scotland to compliment the slew of pictures I took and I just wanted to share those here before I post them anywhere else. (Granted, if you follow ScotchNSniff on IG, you’ve no doubt seen these in my stories AND the video footage)

The first distillery visited this time around was Highland Park and due to a number of technical difficulties (read: fear of breaking the law), I actually didn’t get any pictures of the distillery from above. Just one lack luster video of the distillery and it’s dunnages before I quickly brought the drone down.

The second distillery visited was Glenrothes. Unfortunately, Glenrothes isn’t open to the public so getting the tour was a hookup but I made sure to take a ton of pictures that can’t usually be taken. Here’s that drone shot: 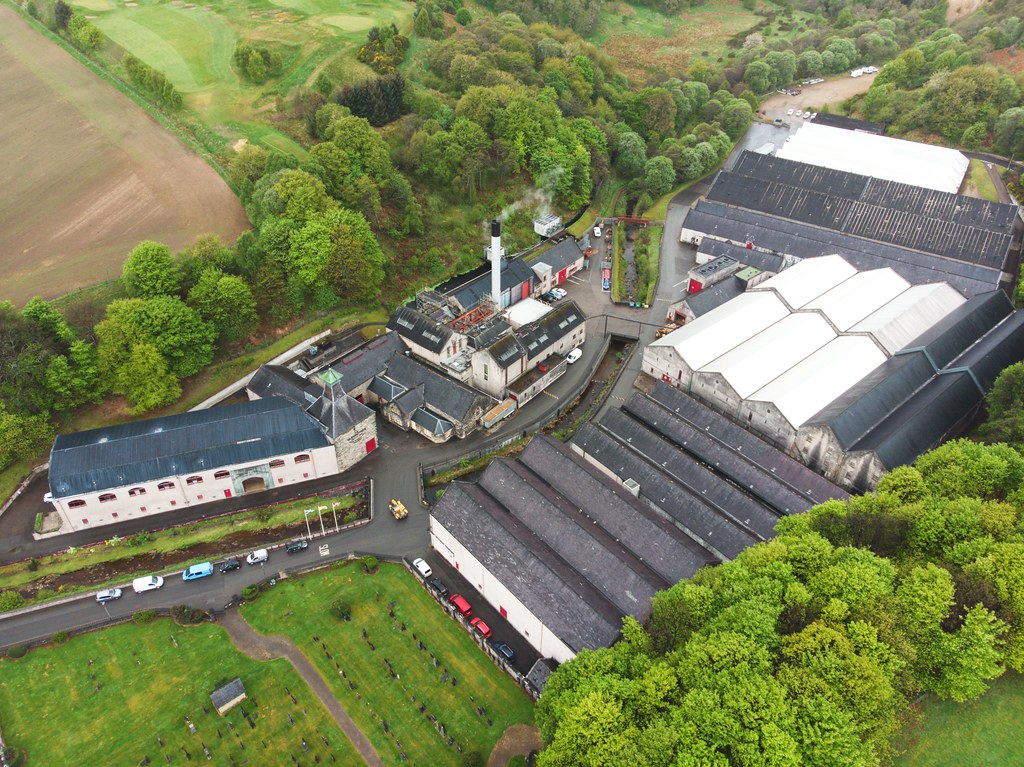 Gorgeous isn’t it? You can see the still house on the left of the pagoda and the dunnages on the right side in different colored roofs.

The third distillery visited was Macallan and though I had mixed emotions about seeing the new distillery, I’ve come to grips with what it is they’re trying to do as a brand. That’s all I’m going to say about that for now. 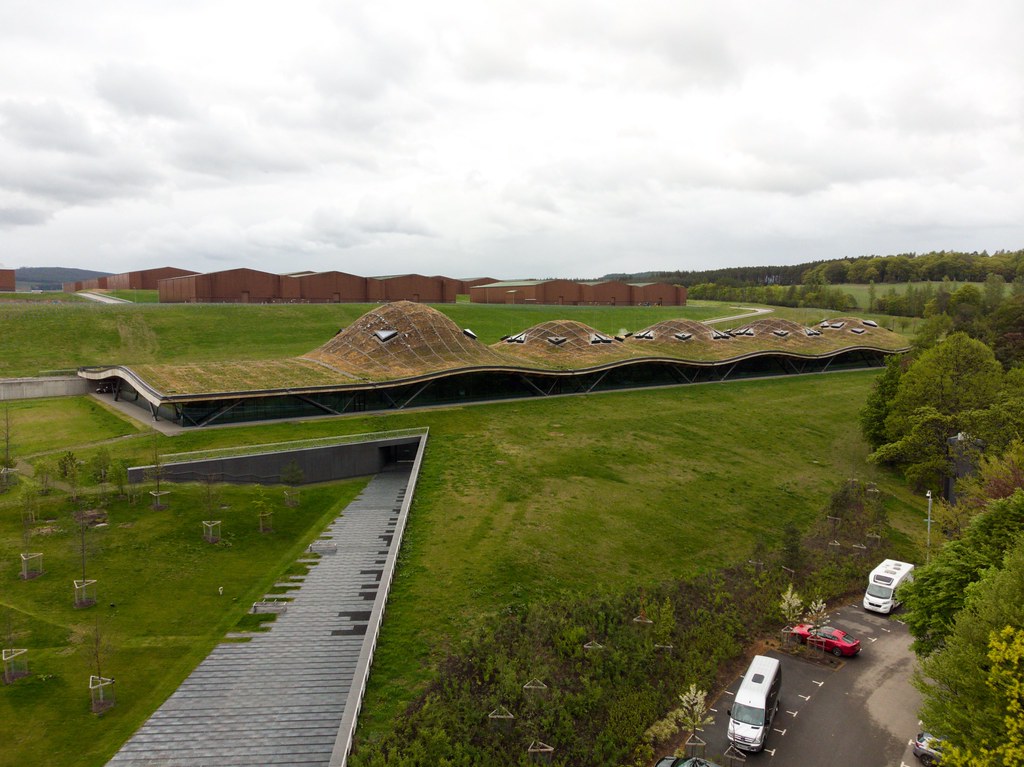 The concept of a distillery that matched the rolling hills was accomplished by the design of same people who designed terminal 5 at heathrow in London (and 140 million pounds). It’s definitely overwhelming and a dauting distillery to visit. If you’ve never visited the old distillery, I think you might like this one. Definitely let me know if you’ve visited and how you feel about it.

Next up was anCnoc in the charming area of Knockdhu. It’s a small but fierce distillery. Churning out good tasting whisky with just a few guys running the entire operation. Plus, the distillery manager Gordon is an hilarious human being. 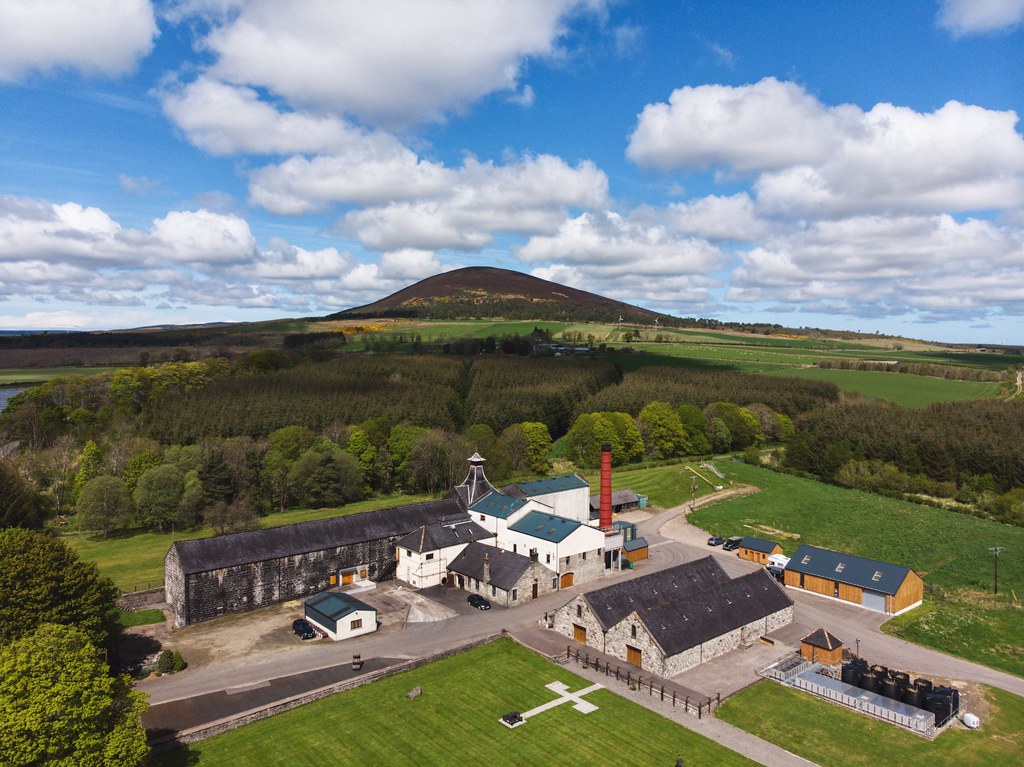 The last distillery visited this time was Balblair! What a ton of fun John McDonald can be when he’s sharing the history of the distillery and where they’re headed now that they’ve switched up their bottlings from vintages to the age statements (less confusing for the customer to calculate ages). Here’s a gorgeous shot of Balblair from the sky. 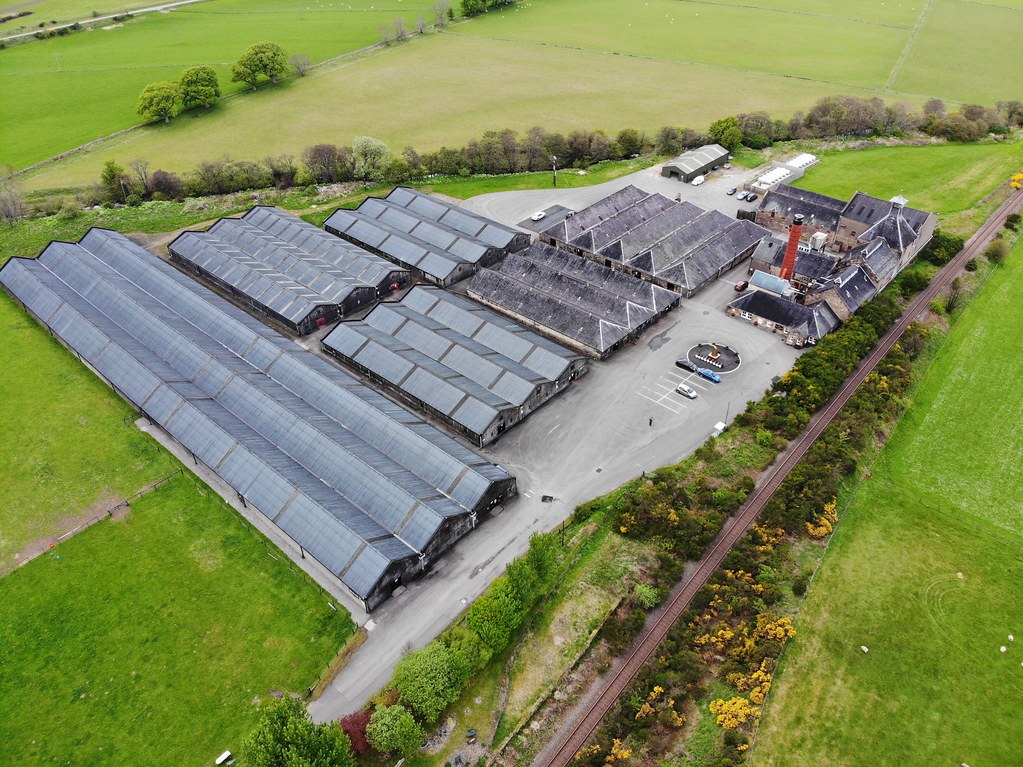 They’ve got a ton of storage for barrels!

So there you have it! Scotland was a great time and I hope to share more from the trip but for now? Just these few aerial images for your eyes to feast on.