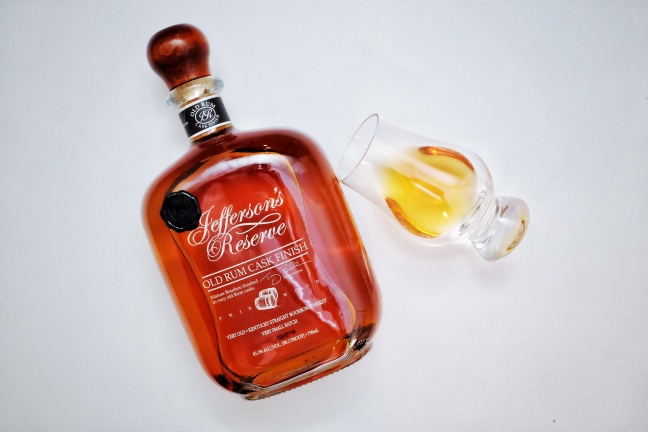 This whisky starts off as Jefferson’s Kentucky straight bourbon, matured for 8 years in American white oak barrels, before being transferred into rum casks for 15 months that previously held Goslings Family Reserve Rum. We love a good rum cask finished whisky, so lets see how this one goes. This is batch number 1, bottle number 06211.

N: The nose is really rich and full in the glass and the finishing in rum casks is super evident. Caramel covered apples is the first scent that punches through the glass, followed by the rich sweetness of rum. Clean, almost watered down sweetness of splitting a fresh sugar cane. Watered down in a good way though. The smell of freshly made candy mixed with really light spearmint tea. Juicy pear tart ,with some very light baking spices. Really great nose.

P: Initial taste is full of fresh apple juice. Not over the top sweetness but you can tell that this was finished in a cask that held something sweet, not overly sweet though. The ability of oak to add a nice round flavor profile, to reduce the harsh peaks of a white whisky is very prevalent. Oaky wood tones really only show up near the back of the palate after swallowing, definitely not an oak bomb. Slightly wood sour entrance with the second sip, but then finishing with a stronger spice and of course a very nice sweetness easing everything on it’s way into your stomach. Biting into a green banana hoping for a ripe one, that’s there too. Tasty adult woody, pear, apple juice!

F: The finish is slightly warming with a 45.1% abv, ending with a slightly heavier hand of baking spices near the front of the palate with nutmeg being the most noticeable spice. Taking another sip and finishing it, I feel like this drinks like a 40% abv bottle with little heat. You can call it “Smooth” if you’d like. 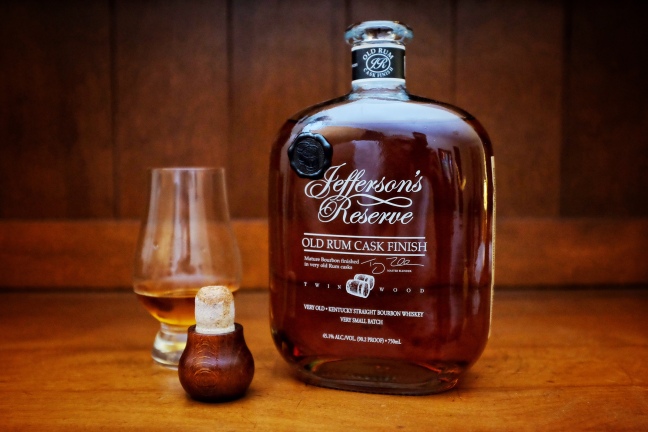 This bourbon is good, but the price is a little high for what it is. The Balvenie Caribbean cask is $20 cheaper and aged slightly longer.Yes, it’s a scotch, but I’m sure most people would reach for the lower cost when it comes to decision making. The rum flavor is definitely more unique and more pronounced in the Jefferson’s, which could be a plus for many. Have you had a chance to try this one? Comment below!